In PigVision version 2022.1 the following features has been implemented.

On this webpage you also find other useful information, such as FAQs and eLearnings. 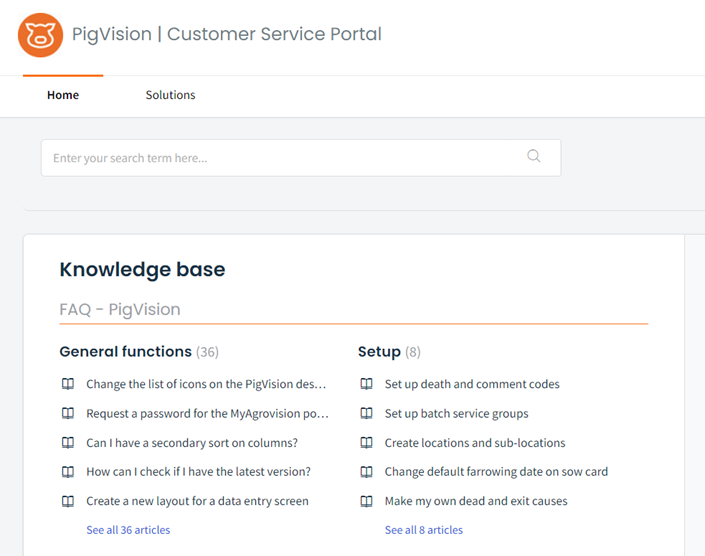 From now on, the validation period for all DanBred herds is from 109-125 pregnancy days no matter which herd type you have chosen in Breeding - Herd number pool.

EDI-PIGS has been updated to a new version, meaning that Hypor herds can exchange data with PigVision.

When importing breed progeny to a Danish Genetics herd group it can be done without having a DanBred herd created in Breeding – Herd number pool.

DanBred Onfarm testing has been optimized, the testing period will now start when the first pig reaches the minimumweight set for the group.

The reports found under Management – Registration list has been speed optimized. This could, for example, be when moving animals to transponder.

For German herds it is now possible to import all active boars from the two AI-stations; GFS and SWE (Weser-Ems). Besides this, BRS-codes and -calculations is now part of the German herd setup, which is imported when a new database is created.

Did you find it helpful? Yes No

Send feedback
Sorry we couldn't be helpful. Help us improve this article with your feedback.