View and interpret the balance in the E-Control Print

After you have entered your stock count numbers at the end of a period, the perfect scenario is that everything balances to zero. It will often be the case that this will not happen so here you can some explanation of the balance window and how to help you resolve the issue faced.

Below is a typical balance screen you will see once you have run the E-Control for the finishing herd (similar principles apply to the breeding herd too): 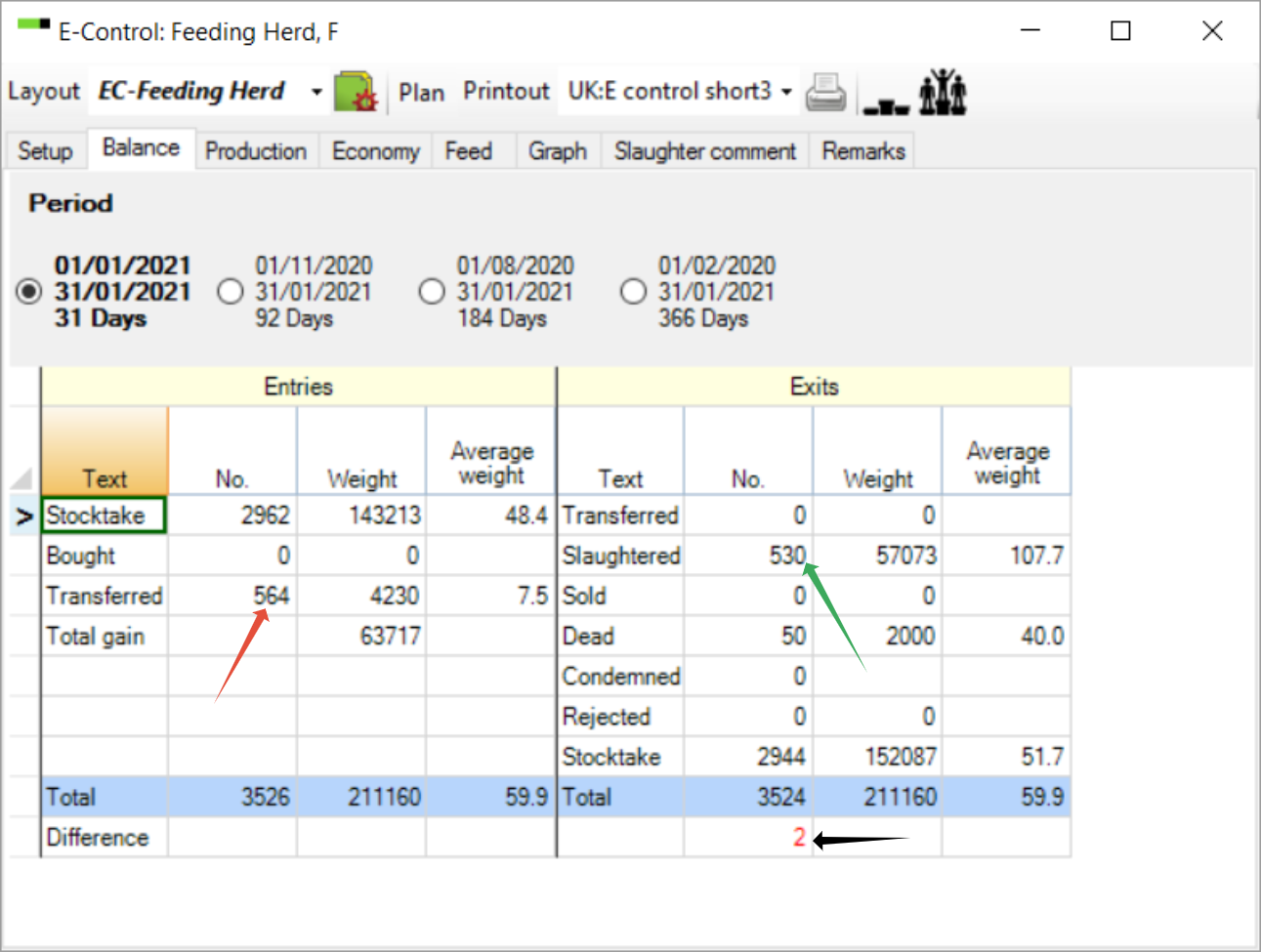 The above shows the last 4 periods (1,3,6 and 12 months) with the first period selected (31 days). In the Entries section (shown by the red arrow above) you will see the start stocktake (at the beginning of the period) and all animals that have been transferred into the section during this period. In this case, there have been 564 pigs transferred in with an average weight of 7.5kg.

To see these 564 pigs and the list of movements, double-click on the cell where the 564 is and it will open up a new screen where you will see all the movements that made up the 564 pigs. This is useful if you have a difference at the end of the period as it will help you identify a load of pigs that may have been missed or entered twice by mistake.

The green arrow on the right shows all the movements out of the section during the period (Exits). This includes movement and deaths as well as the number of condemned pigs. In this case, 530 pigs were sent to slaughter with an average live weight of 107.7kg. If you want to check the list of movements that contain these 530 pigs, double-click on the cell that shows the 530 pigs. Below is the screen you will see listing the movements:

If you find there is a large difference at the end of the period, please ensure you check through all movements in and out first to ensure all have been entered correctly. If this is the case, the difference will usually be due to an error in stock counting so it may mean another count is needed to check. Ideally, you will end up with a balanced stock figure at the end of each period.

Did you find it helpful? Yes No

Send feedback
Sorry we couldn't be helpful. Help us improve this article with your feedback.